The Future of UK Roads

Britain’s roads can be treacherous; every journey, even popping to the shops, requires drivers to concentrate hard and take in hundreds of facts, processing them instantly to avoid accidents.

Every obstacle and danger must be registered by the brain so that action can be taken instantaneously. From the motorbike approaching from the right at a roundabout, to the bus that looks like it’s about to pull out without signalling, the human brain needs to be on top form and your vehicle needs to be roadworthy and responsive in order to avoid major calamity.

There are literally millions of vehicles lining our highways every day, around 22 million to be more precise. More than 151 billion vehicle kilometres of journeys take place every year on England’s road network alone and there are a whopping 4,818 miles of road to be covered.

It’s hardly surprising then that accidents happen quite frequently. Just one momentary lack of concentration can lead to a serious accident involving loss of life and serious personal injury. In fact there are a some roads notorious for their danger factor. Number one on the list is the A989 near Dalwhinnie in Perth and Kinross, number two is the A537 between Macclesfield, Cheshire and Buxton in Derbyshire and the number three is the A12 near Romford in Essex.

We may rate our roads as the safest in the world, carrying a third of all traffic we only see one eigth of all accidents, but we still endure massive loss of life every year. The UK statistic for death and serious injury on our roads in 2001 was 34,764.

The European Union wants to cut road deaths in half by 2010, by introducing a variety of new road safety measures which will make the roads a less perilous place to be. Along with trying to adjust driver behaviour, vehicles will be made safer and road infrastructure improved. The hope is that the incident rate for car accidents will drop dramatically. 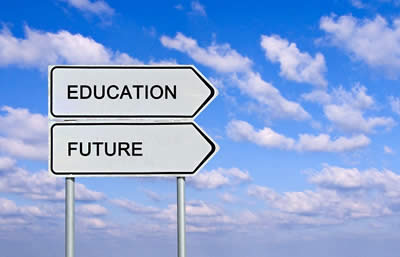 High risk groups such as truck and coach drivers and male car drivers under 25 will be targeted for new safety education schemes. If behaviour is highlighted as a major cause of death on the highways then it is thought that dangerous drivers will rethink their attitude to the road.

One of the new technologies that could support this initiative is the implementation of tailgating cameras to spot people driving intentionally or unintentionally close to the car in front. People who feel that speed cameras encourage a George Orwell 1984 type society will have to brace themselves for a raft of new motoring equipment that will tell police how they are driving and will encourage speedy prosecutions.

The future is bleak for law breakers who are set on making the roads less pleasant for everyone else. Police will be able to spot uninsured motorists with a number plate recognition system that feeds into DVLA data bases and video cameras, to tell an officer who is insured and who is not.

Evidential breath testing equipment will be introduced next year for roadside use and passive sensors will be able to detect the presence of alcohol in the immediate area. In order to protect the public from drunk drivers and those without insurance the police are willing to crack down without repent. If you’ve had a drink and are pulled over by the traffic cops then you’re in trouble. That’s if your car starts in the first place.

New technologies are being researched and developed all over the world by clever people who are concerned about the dangers of getting behind the wheel. 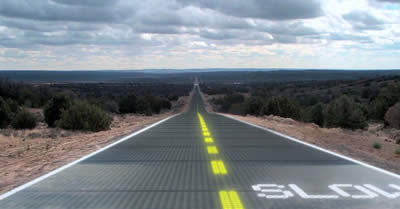 Drink driving may soon be wiped out by the introduction of “alcolocks” in all vehicles. This nifty device means that before the engine will even start, the driver will have to breathe into an alcohol detector to prove to the car that they are sober. This has the potential to save lives and change the future of motoring.

In 2002, 560 people were killed when one or more driver or ride was over the limit. If drivers can’t start their car without a breath test then these figures might fall.

The speeding issue could also be a problem of the past, while cameras will remain; speed freaks may have difficulty in reaching break neck speeds anyway. Intelligent speed adaption will keep cars within the legal speed limit. If an accident does happen, aerospace technology may be the key to finding out what happened.

Black boxes similar those found in aircraft can record details of how a car was being driven in the moments leading up to an accident. These might also be used to implement new ‘pay as you go’ schemes for car insurance.

The roads will soon become home to a variety of traffic calming technologies that will catch out even the slightest deviation from safe driving behaviour. In the future speed cameras will monitor over a distance rather than taking a snapshot of a drivers speed. Tailgating cameras and seatbelt detection cameras will appear on gantries.

If drivers don’t belt up and keep well back from other motorists they may face fines and worse. Lane sensors will detect whether someone has overtaken on double white lines and some discussion has taken place over the last few weeks about the introduction of speed cameras in cat’s eyes. So maybe the nine lives of a cat can help to save the lives of countless UK drivers?

What to do if you do have an accident

We have a little while to wait before all of these strategies are rolled out in the UK. In the meantime it will certainly pay to drive carefully and to keep in mind that road traffic accidents are estimated to become the biggest worldwide killer by the year 2020. If you are caught up in a road accident then you might be entitled to make a personal injury claim for accident compensation. You can get free legal advice at www.wheelsatonce.com or you can call on 0800 78 38 846 to learn more.

So the Future is Bright?

It looks like the UK’s roads may become safe once more. If the illegal activities such as drink driving and speeding are reduced then hopefully driver behaviour will change. If everyone works together to rein in change, then Britain’s roads will become less of a hazard.

About the Author: Stephen Burley